The Company’s environmental policy sets targets for reducing the negative impact on ecological components and ensuring environmental safety at power grid facilities, modernization of equipment and the use of innovative and environmentally friendly technologies for the reconstruction, technical re-equipment and construction of electrical networks, and rational use of natural resources.

In the reporting year, there were accomplished all the environmental policy measures planned for 2018, including:

The environmental management system of Kubanenergo PJSC was implemented, evaluated and certified as meeting the requirements of the international ISO 14001: 2004 standard "Environmental Management System" since March 2009, which allows the Company to effectively manage environmental risks, prevent and reduce negative environmental impacts, increasing your image.

In 2018, according to the results of the recertification audit conducted by auditors of SGS Vostok East, JSC, the Company successfully confirmed its compliance with the new version of the international standard ISO 14001:2015 "Environmental Management System". 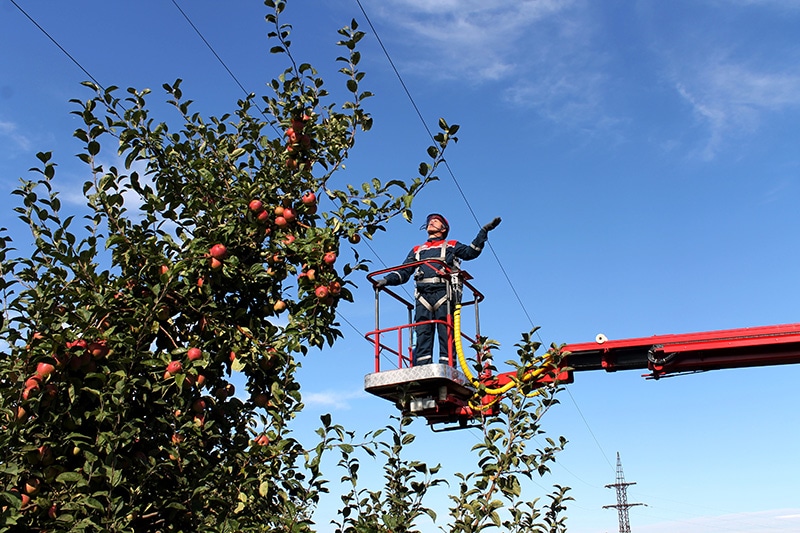 By transferring to consumers the most highly efficient type of energy — electricity, Kubanenergo PJSC harms the components of the environment. The key aspects of the Company’s environmental impact are the following:

Considering that the priority direction of the state policy in the field of waste management at present is precisely their disposal, which makes it possible to make the full use of all components of the waste, in 2018, the Company transferred 18% more waste to specialized organizations for disposal than in 2017.